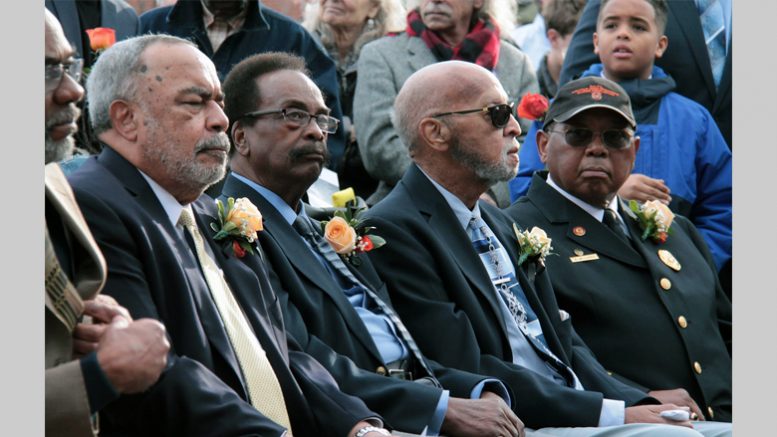 “Multiculturism … is not the races getting along together…. It is the races celebrating one another.” — Chuck Stone, late UNC-CH professor of journalism

This week especially we could all use something to celebrate about. To that end, I offer two stories that should help restore a little of our faith in the human race.

Earlier this spring when Chapel Hill police blocked West Franklin Street and a crowd gathered, the throng of about 100 citizens were not there to protest, but to honor nine courageous black elders, who 60 years ago to the day, as teenagers from then-segregated Lincoln High School, put their welfare on the line by staging a sit-in at the notoriously “white only” lunch counter of Colonial Drug Store.

One can’t help but be deeply moved by their courage — and by the muted police response.  Although the teens were scolded by the police and later cited for trespassing, no one was cuffed, thrown to the ground and knelt on with deadly force.

To commemorate the 60th anniversary of that landmark event, the Town of Chapel Hill commissioned Durham artist Stephen Hayes to create a memorial bench to be installed outside the location of the sit-in to symbolize the rock wall where the nine boys formulated their plan.

Sixty years later, the four surviving members of the Chapel Hill Nine sat in the front row during the monument’s unveiling, shoulder to shoulder in solidarity again, their handsome elderly faces serene with the recognition of their legacy. When I made this photograph, their noble profiles reminded me of Mt. Rushmore, only this time the names and faces belonged to James Merritt, Dave Mason Jr., Clyde Perry and Albert Williams.

Danita Mason-Hogans, daughter of Chapel Hill Nine member Dave Mason Jr., said that when she saw the marker first unveiled, it was so beautiful that it took her breath away.

Second story.  Circles within circles. And here’s where the two stories intersect.

The aforementioned Dave Mason, along with James Merritt, are among the founding members of a new Lincoln High School-Chapel Hill High School Joint Alumni Association.

The goal of this multicultural group from the two formerly segregated Chapel Hill High schools just a mile apart physically: bringing hope to the world, community-building across racial lines, encouraging civic engagement and public service, as well as honoring present-day high school students, one black and one white, who are working to bring the races closer.

This past week, the second annual LHS-CHHS Service Awards went to Hannalee Isaacs and Victoria Fornville. Both recipients, graduating seniors from Chapel Hill High School, receive $1,500 to be used to further their education.

More to come on these two amazing young women later this summer when COVID-19 allows them and their families to be honored with an in-person awards ceremony.

Now, those are stories worth celebrating.

And I bet old Prof. Chuck Stone would agree.

For more information on the Chapel Hill Nine and the new memorial marker, go to https://www.wunc.org/post/chapel-hill-nine-get-marker-franklin-street

Be the first to comment on "The Gospel According to Prof. Stone"