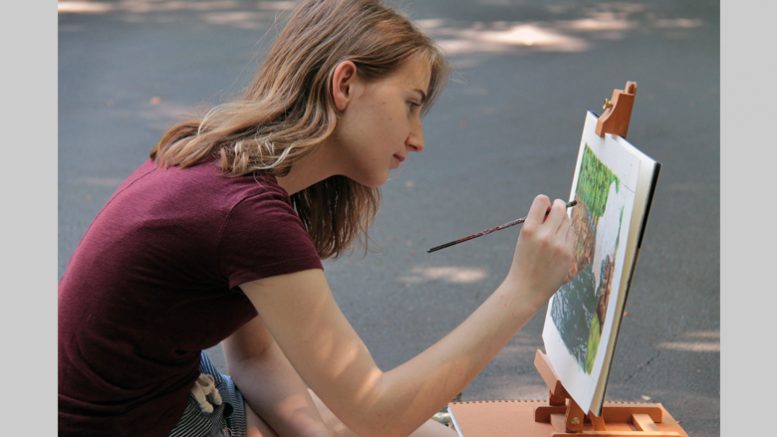 “Kindness is my religion.” — the Dalai Lama

The bumper sticker on the back of the old pick-up truck outside of Carrboro caught my attention. It read, “Make America Kind Again.”

Permit me to riff off a recent New York Times op-ed piece that opined thusly: that if there’s any silver lining to the double-whammy of the pandemic and the murder of George Floyd, it has to be our heightened awareness of our common humanity and mutual interdependence.

Obviously, it’s not a new concept, but it’s one that resonates especially now. I’m remembering South African Archbishop Emeritus Desmond Tutu, who, in his 2009 Commencement speech at UNC, introduced us to the African concept of “Ubuntu” which crystalizes this concept: “I am who I am because of others.”

Similarly, the old adage, “We’re all in this together” has never been so profoundly relevant. A cliché that’s come true.

I bet Giles Blunden, visionary founder of the co-housing neighborhoods of Arcadia and Pacifica in Carrboro, would agree. He’s the village elder who teaches that “Community is a verb.”  As in, “It IS to community.”  Community isn’t just a place you live; it is something you do. And following that line of thinking, the connective tissue is simple kindness.

Scholar and author Piero Ferruci says, “Kindness itself might seem lightweight, and yet it is a central factor in our lives.” Writing in his book “The Power of Kindness: The Unexpected Benefits of Leading a Compassionate Life,” Ferruci explains that kindness “has the power to transform us, perhaps more than any other attitude or technique.”

Like Ferruci, I don’t believe there is such a thing as a small kindness, for one thing leads to another.

Case in point: my 17-year-old neighbor, Alex Hogue, a rising senior at Durham Academy, has always taken great joy and satisfaction in her artwork. But as the homebound high school student worked on her art this spring, she began to get the sense that doing art just for herself wasn’t enough. That’s when inspiration struck

As Alex told me, “I wanted to use my art and my free time to do something nice for others and to connect our neighborhood community during this strange time of separation.”

So, she began creating watercolors of spring flowers because they were “cheerful and would hopefully lift people’s spirits,” she said. Each painting took a couple of hours.

One month later, by early June, Alex had amassed 15 watercolors, which she then hand-delivered (via social distancing) to each of her neighbors in the Glen Ridge development off Damascus Church Road.

Alex, the daughter of Susan Hogue, said, “I was hoping to brighten people’s day with a little surprise piece of art — and to connect people through art; I think art has the power to do that.”

As the recipient of a bouquet of watercolor posies, I can say emphatically, Alex succeeded.

And there was a further ripple effect. One neighbor, a painter herself, responded with some of her own quarantine art — as did I with a series of photographs, depicting Alex’s gift painting in various lights and locations around the house and yard, sort of a dialogue with art.

The ripple effect goes on. As Alex explains, “… it’s really exciting and encouraging to hear from some people that my work was seen and appreciated. I’ve heard from neighbors about it that I don’t ordinarily talk to.  So, for me, this showed how art really can connect people and that taking the time to do something nice for others can inspire a wave of positive energy all around.”

Alex concluded, “This is really what made it pay off — seeing the positivity that came out of it.”

Writing in the 1993 book, “Random Acts of Kindness,” Daphne Rose Kingma wonders, “Imagine what would happen if there were an outbreak of kindness in the world?”

So be kind; kindness is contagious.

To learn about Alex Hogue and her artwork, go to http://alexandrarhogue.com

Humiliated in the Garage Olympics

3 Comments on "An Outbreak of Kindness"