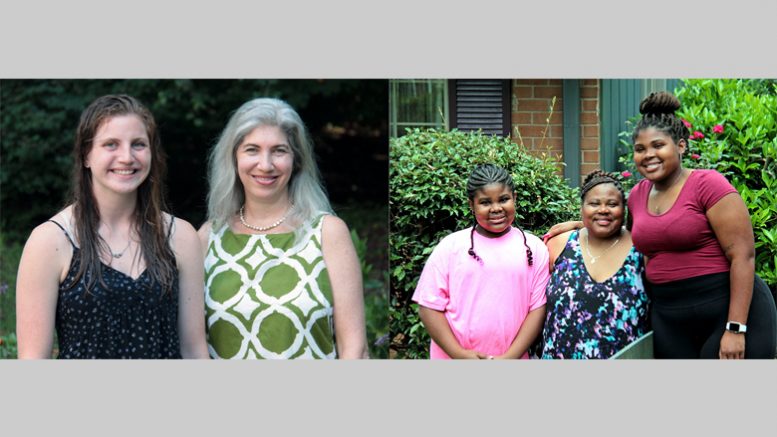 There’s a local paper rolled up with a rubber band
One more sad story’s one more than I can stand
Just once, how I’d like to see the headline say
“not much to print today — can’t find nothing bad to say.”

In this political and cultural inflection point in which we find ourselves as a nation, it is gratifying to be able to bring to our community “a little good news today.”

Victoria Fornville and Hannahlee Isaacs, both of Chapel Hill-Carrboro, were named this year’s winners of the annual community service awards.

Isaacs and Fornville were feted at a remote awards ceremony, Aug. 16, for their bridge-building work across racial lines during their time at Chapel Hill High School.

The honor carries with it a $1,500 award for educational purposes. Winners were evaluated for community building, civic engagement, equity awareness, public service and desire to make a difference.  Both of this year’s winners are 2020 graduates of Chapel Hill High School.

Fornville is the daughter of Vickie Feaster Fornville and O’Neal Fornville III of Chapel Hill. This fall, she is an entering first-year student at UNC-Charlotte.

Her high school career is peppered with community-building volunteer work aimed at building bridges across racial lines: joining the Youth Leadership Institute, attending the Minority Student Achievement Network conference and then presenting her racial equity findings in many schools in her school district, creating a similar MSAN network for area fifth-graders, helping to create a black history month assembly for CHHS, being elected president of the local NAACP youth council and joining the new CHHS equity team called DRIVE.

Fornville says, “I know that the work of improving racial relations among many ethnic groups is far from over, but I take much pride in the work I have done to help improve it, and I plan to continue this work for the rest of my life.”

Isaacs, the daughter of Sarah Kazdan Issacs of Chapel Hill and Robert Isaacs of Carrboro, attended Woods Charter School for her early high school where she was a founding member of the Diversity Alliance, a club that addresses issues surrounding racial equity.

When she transferred to CHHS, Isaacs brought the club along with her, sponsoring a spate of bridge-building projects, including adding books to the school library that featured diverse characters and authors. Last summer she served as an intern with the Southern Coalition for Social Justice, attending first appearances and court hearings for inmates at the county jail, collecting criminal records for inmates.

Says Isaacs, “Watching my community members — the majority of whom were Black males – be given excessive bail amounts for simple crimes and discussing our flawed legal system with sheriffs and lawyers taught me that injustice is not just a phrase; it’s something that impacts human lives on a daily basis. My efforts to understand racism and fight for equality are just beginning; I hope to continue bringing people together and create a stronger, kinder and more fair society.”

The steering committee members, now all in their 70s (and who didn’t know each other during their segregated high school days), have now formed new friendships with the motto of, “It’s Never Too Late – To Be a Classmate!”

Steering committee member Ellington, noting that back in the ‘60s the two segregated Chapel Hill high schools were in relatively close proximity, said, “We were a mile apart physically, but a million miles apart experientially.”

At one recent steering committee meeting, new friends Mason and Lauterer discovered they had both participated in the same Chapel Hill civil rights demonstration during the summer of 1964.

Allcott’s initial seed grant has spurred other significant donations to the fund, notably support from the CHHS classes of 1968 and 1969.  Sarah Geer, class of ’69, reflected, “As soon as we heard of the awards, it fit with our goals of fostering racial equity.”

Her classmate of ’69, Barby Prothro, chimed in: “Our CHHS Class of ’69 lived through the Civil Rights Movement of the ‘60s and the segregation of our schools in Chapel Hill until the high schools merged in 1966. We were the first class to be fully integrated for all three years of high school. Donating toward this scholarship represents what we lived through and the work that so many of us have continued since our high school days. It is an honor to acknowledge the students of today who carry on our legacy of racial justice.”

“You are a light. You are the light. Never let anyone — any person or any force — dampen, dim or diminish your light …”

“Get in good trouble, necessary trouble, and help redeem the soul of America.”

Be the first to comment on "A Little Good News"