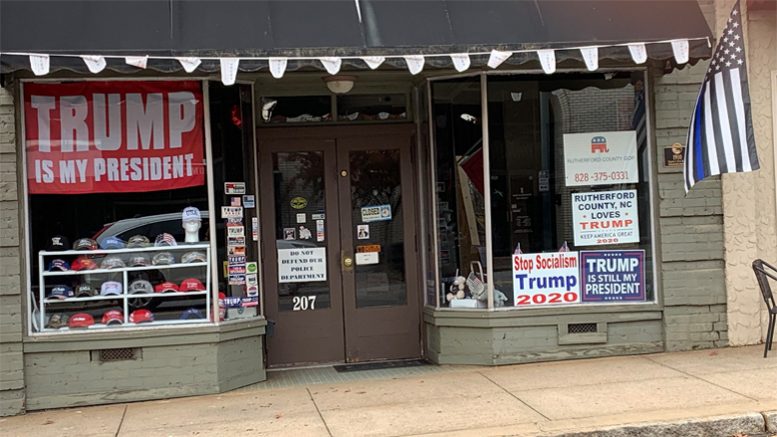 Having a cabin in rural Rutherford County in Western North Carolina, where I started and helped run two small newspapers for 15 years, has afforded me an intimate view into the other North Carolina.

Monthly trips to the old cabin afford this Chapel Hill boy something of a “glass-bottom boat” view of attitudes very different from deep indigo parts of the Triangle. Up yonder this fall, Trump-Pence roadside yard signs vastly outnumbered those of Biden-Harris. Predictably, on Nov. 3, Rutherford County went heavily for Trump.

Earlier this fall, my Asheville-based son had cautioned me, “Dad, are you sure you want to be driving around up here with those bumper stickers on your car?”

I had to chuckle inwardly. Not only does my car bear bumper stickers for Biden-Harris and Clinton-Kaine, but also what may well be Rutherford County’s one-and-only OBAMA ‘12 bumper sticker.

During the week before and after Thanksgiving, I spent a lot of time on the backroads of Western North Carolina, traveling to the cabin and then visiting kids in Asheville and Boone. What I tabulated along those “blue highways” constituted an unscientific but anecdotal straw poll. I wanted to know how supporters of the outgoing president were reacting to their man’s defeat. Maybe the number of yard signs would give me a rough barometer.

Even though I noticed many Trump-Pence signs had come down, I also counted quite a few truculent hold-outs — the most disturbing of which was the Republican headquarters on Main Street where a defiant sign in its front window proclaimed, “Trump is Still My President.”

So, trolling around the county, I looked in vain for a single yard sign supporting the in-coming president, until … on a winding back road I chanced upon a modest single-story home with a flagpole flying the American flag — and underneath, there hung what at first glance appeared to be a pro-Trump red-white-and-blue campaign flag — until a gust of wind sent it flapping horizontal.

And there were the words, “You’re Fired.”

I almost drove into the ditch. The Pocket Shrine: Mom in a Matchbox

Mrs. Gill and the Misfit Toy